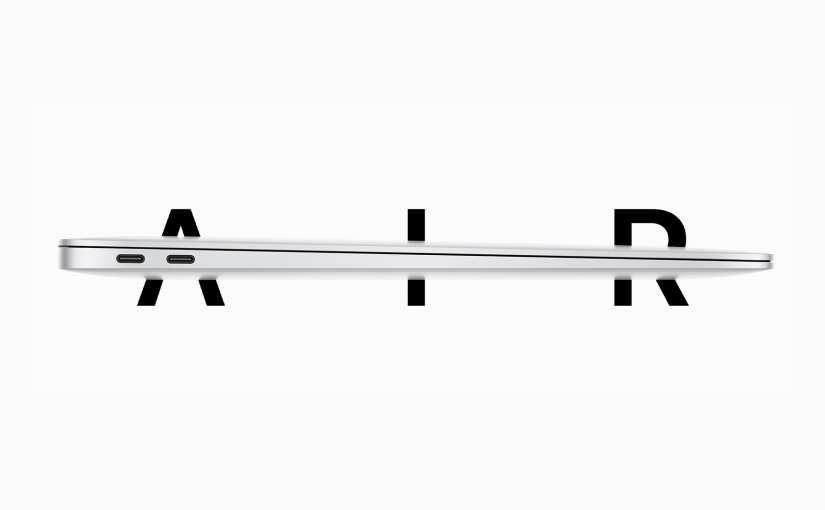 “A redesigned scissor mechanism delivers 1mm of key travel for a comfortable and stable key feel, while the new inverted-“T” arrangement for the arrow keys makes them easier to find without looking down,” says the press release.

Both baseline configurations come standard with 8GB of 3733MHz LPDDR4X memory, which can be upgraded to 16GB.

The baseline model comes with a 256GB PCIe-based SSD storage, while the more expensive model comes standard with 512GB. Both models can be upgraded to either 512GB, 1TB, or 2TB. The 2TB option costs a hefty $600 USD.

MacBook Air is available to order online today, and in-store starting next week. But, due to Apple closing most of its stores around the globe due to COVID-19 outbreak, they won’t be available in-store until Apple opens its stores again.