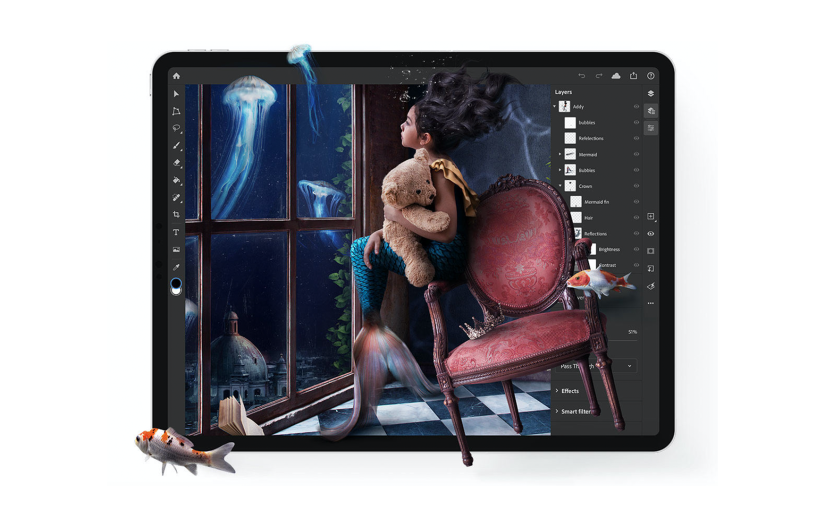 Fans of Photoshop rejoice! After a buildup of over a year, Adobe finally released Photoshop for the iPad on Monday. Here’s everything you need to know.

Announced at Adobe’s MAX event last year, Photoshop for iPad aimed at bringing desktop-class editing to the iPad. Users will be able to use their Apple Pencil for an immersive experience such as tools, precise editing, and more.

Then, during Apple’s October 2018 event, alongside the iPad Pro, Apple introduced Adobe on stage to present a live-demo of Photoshop for iPad on an just-announced iPad Pro.

Users currently subscribed to an Adobe Creative Cloud subscription can access Photoshop for iPad at no additional cost or plan upgrades. Adobe is offering a 7-day trial for Photoshop on iPad that also includes Photoshop for Desktop and Adobe Lightroom as part of their $9.99/month Photography plan.

Adobe does note that users interested in Photoshop for iPad must purchase a subscription prior to January 31, 2020, because Photoshop for iPad will no longer be included for new subscribers, and users will have to opt for the $20.99/month single-app Photoshop plan.

Adobe does mention that new features will be added as time goes by. The company is currently implementing iPad-specific features such as Apple Pencil support. The current iteration of Photoshop on the iPad is geared heavily towards photo manipulation, with compositing, masking, and retouching being the main features.

Adobe announced that Illustrator will be coming to iPad sometime in 2020.