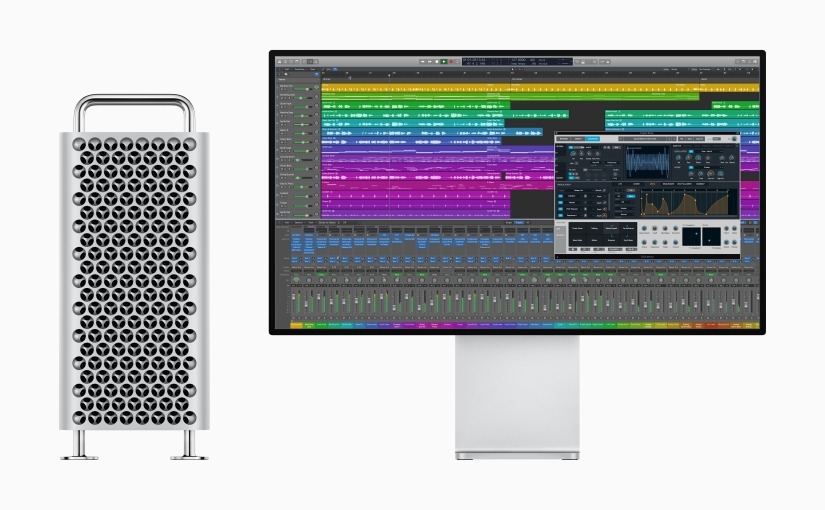 Apple recently released a new version of Logic Pro X for the upcoming Mac Pro. They added optimizations to performance in the app, enabling the Mac Pro to take its own advantage of the groundbreaking power. Here are all of the changes that are in this update.

Firstly, the Logic Pro X update allows support up to 56 music processing threads. This will then allow musicians, producers and video producers to easily work on their music projects more efficiently and easily. In other words, the Mac Pro can run 5x the average number of plugins compared to the last 2013 Mac Pro.

Secondly, Logic Pro X 10.14.5 increased the max number of tracks and channels for all users. These capacities include 1,000 audio tracks and 1,000 software instrument tracks. That’s a quadrupled increase from before!

Not only there are the expanded capacities for your music tracks and instrument tracks, but the app can support up to 1,000 auxiliary channels, 1,000 MIDI tracks and an increased rate of 12 sends per channel. Responsiveness and feedback in the Mixer and Event list has been improved when it comes to using it in larger projects and sessions.

– The loop browser can filter by loop type and allows drag and drop of multiple loops into your project simultaneously.
– The redesigned DeEsser 2 plug-in provides more options to reduce sibilance on audio tracks.
– MIDI beat clocks can be sent to individual ports, each with unique settings like timing offset and plug-in delay compensation

Finally, many music producers were really expecting for this update on the Mac Pro. For example, music producer Oak Felder for Demi Lovato, Drake, Rihanna and Alicia Keys says that,

“As someone who uses Logic for everything I create musically, I got a huge kick seeing all the performance tweaks coming in Logic Pro X 10.4.5. And the expandability of the new Mac Pro will give it longevity and a home in my studio for a long time to come. It’s clear that Apple is committed to the pro community, and I love that they are really listening and paying attention to our needs.” — Oak Felder, producer for Demi Lovato, Drake, Alicia Keys and Rihanna

This version of Logic Pro X comes with 4x more capacities for music tracks, instrumental tracks, and over 56 music processing threads. It also has enough power for large projects and to the newest Mac Pro. Mac users can install the newest Logic Pro X 10.4.5 version from the Mac App Store for $200.