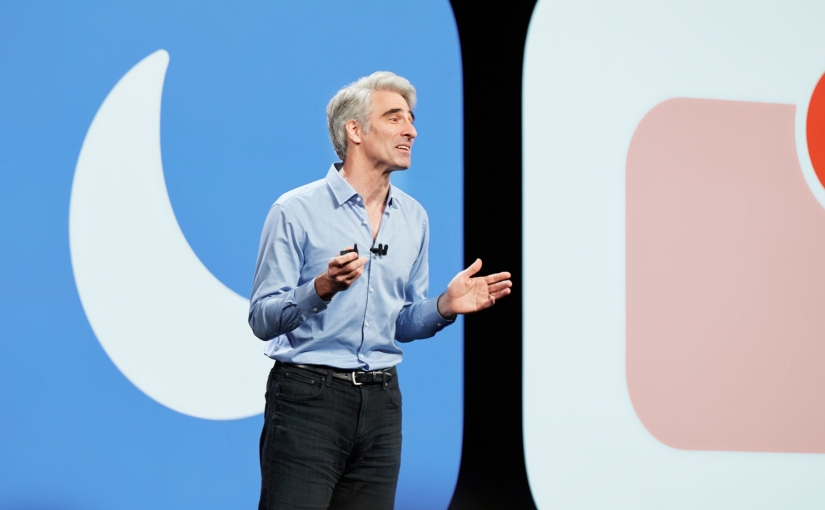 We only have one more day before WWDC 19 comes and we are excited for iOS 13, macOS 10.15, tvOS 13 and watchOS 6. But if you’re excited for Monday, then we have all of the latest rumors and clues about the conference.

First off, the next iOS version is rumored to consist of Dark Mode, a redesigned Find My iPhone app, Find My Friends app and Reminders app. 9to5Mac leaked Dark Mode screenshots for iOS 13 on the iPhone, which consists of dark backgrounds and black colors. The true black wallpapers will look great on the iPhone X and XS due to the OLED displays. This also hints that Apple is going to release new stock wallpapers pertaining to this feature.

They also leaked the new Find My iPhone, Find My Friends and Reminders applications. The Find My iPhone app has a new icon and shows a larger, full-screen map with a small window listing all of your Apple devices or friends. There’s also another tab with the iOS device you’re using. Contrary to the point, the map will look the same as the Dark Mode on macOS.

One last thing about iOS 13 is the Reminders app. Both of the versions in iOS and macOS will get a major redesign, with the iPad getting its own sidebar like the Files app. The sidebar will consist of a few categories varying from Today, Scheduled, Flagged and All Reminders. It’ll also consist of Reminders you created in the app. The font of the app will be using the SF UI Rounded font, originally introduced in watchOS 3’s Activity Faces in 2016 and in iOS 12.2’s Wallet app.

Next, we’ll move on to macOS 10.15. Bloomberg has lots of evidence that the “Marzipan” platform is going to be expanded for more iOS app integration in Macs. This means more native iOS apps will come to the Mac. In other words, 9to5Mac leaked pictures of the TV and Music apps in macOS. It features gradient colors on the sidebar icons and an iTunes-like design.

Since the Music app has the ability to sync iOS devices and lots of similar features to iTunes, it’s rumored that the iTunes app is discontinuing in the next macOS version. On the other side, Apple is working on Project Luna, a feature that enables screen sharing from Mac to iPad Pro.

Thirdly, we’ll move on to watchOS 6. watchOS 6 has considerably lots of interesting features we’re waiting for. Evidence from Bloomberg says that there will be an App Store directly on the Apple Watch, which eliminates the need for an iPhone to install apps. Just like the “Marzipan” platform on macOS, some iPhone apps we’ve anticipated for will come to the Apple Watch. These depict of Calculator, Voice Memos, Apple Books, and more native health apps. These native health apps will include Doses for measuring medication doses and daily prescription reminders and Cycles for tracking female menstrual cycles. In other words, there’s going to be more data collection features such as the amount of rainfall, audiobook playback, Made for iPhone hearing aid battery status and noise data.

Now we’ll come to the fun part of watchOS 6: Watch faces! Some people say that there’s going to be support for third-party Watch faces created by developers. There’s going to be more Watch faces added to the next watchOS, which consist of another Infograph Subdial face, the “California” face, Gradient and Solar Analog sundial face.

Finally, tvOS 13 is planned to unveil this WWDC, but there isn’t enough evidence about any new features coming to tvOS. Yet the Apple TV+ feature is going to compete with Disney’s TV subscription service, Disney+ later on this year.

Overall, WWDC should be packed with fun, new software, and new development skills for developers next week. We’re only a weekend away and we can’t wait for WWDC 2019! Keep an eye on us this 3-7 June for WWDC coverage on our website!