Many developers believe that the new Apple News subscription service is violating an App Store guideline. Since the new subscription services, named Apple News+, Apple Arcade, and Apple TV+ has been introduced Monday, Apple is tricking iOS users to subscribe to these services through a notification. Here’s what we know about this.

Apple is sending push notifications to encourage people to subscribe to Apple News+, which is against the App Store guidelines for Apple developers. It seems like Apple is being off-limits to its own guidelines since Apple did the same thing with Apple Music on Grammy Awards’ weekend and in the past.

3.1.2(a) Permissible uses: If you offer an auto-renewing subscription, you must provide ongoing value to the customer, and the subscription period must last at least seven days and be available across all of the user’s devices. While the following list is not exhaustive, examples of appropriate subscriptions include: new game levels; episodic content; multi-player support; apps that offer consistent, substantive updates; access to large collections of, or continually updated, media content; software as a service (“SAAS”); and cloud support.

This implies that Apple is inappropriately using the subscription to clickbait iOS users. According to the evidence provided above, it never said anything about “push notifications”. Although it said about “Media Content”, Apple is overusing the push notification system to clickbait users. This can lead to rejection of the service if the app is made by an outside developer. 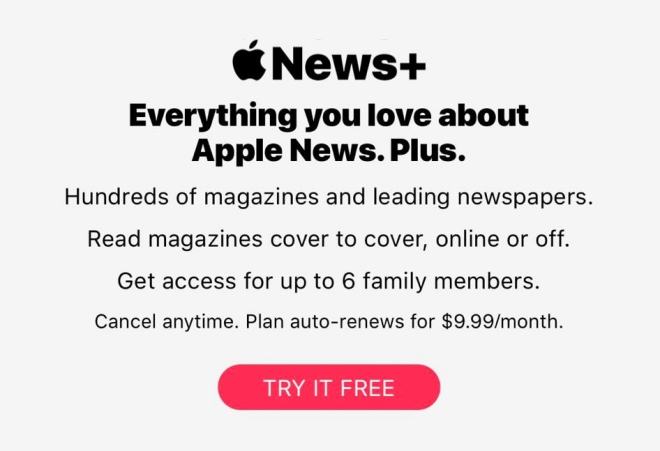 Secondly, there’s a lack of information about signing up for Apple News+. DeLong also said the signup page for Apple News+ doesn’t have a privacy policy link, and support pages related to this feature. They also can lead to rejection of the app in the App Store. Continuing on to the evidence provided by Apple, their guidelines regarding subscription services in apps says that,

The amount that will be billed must be the most prominent pricing element in the layout … This ensures that users are not misled.

This is significant because it wouldn’t be informative to consumers if the price is shown in the fine print, and there’s no cancellation or any other type of policy available for these subscription services. It’s especially true that without these regulations for the subscriptions, the service can eventually trick users into a misleading act.

Thus far, all of the above concerns that the former Apple developer, Dave DeLong imposed is all in for a class-action lawsuit. In the original tweet from DeLong, it states,

I’m honestly surprised there hasn’t been an extremely public lawsuit against @apple about the huge #DoubleStandards and inconsistent application of the App Review Guidelines.

Apple has been doing all of these annoying things with their services since the Grammys, and they’re tricking people into buying their services. Should we have Apple follow their own strict rules for the App Store, or get in a lawsuit against their services? Let us know in the comments below.